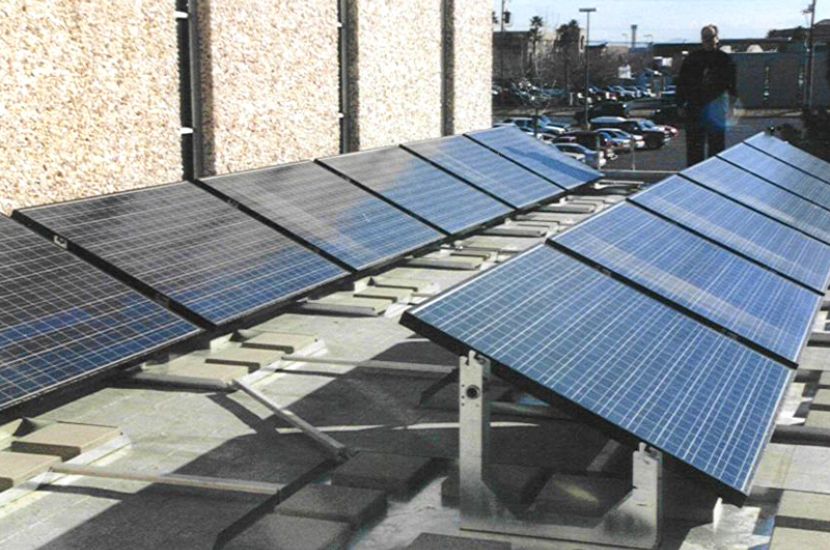 In April 2001, El Paso Electric and the El Paso Independent School District (EPISD) worked together to complete a solar electricity project that teaches students about renewable energy sources. The solar electricity project, donated by El Paso Electric, is part of EPE’s renewable energy education program, which promotes the use of natural energy such as sunlight and wind power.

The project includes 12 photovoltaic panels on top of the EPISD Gene Roddenberry Planetarium, 6531 Boeing, a monitoring system and an interactive display inside the Planetarium. The $33,500 system produces enough energy for an average household. The electricity produced by the photovoltaic panels is used in conjunction with traditional electric energy used to power the EPISD Education Center, which houses the Planetarium.

Two rows of six photovoltaic panels sit on the top of the Planetarium facing south to catch the most sunlight possible. A data acquisition system is connected to the photovoltaic modules to record the amount of power being produced.

The Solar Photovoltaic Project was the result of recommendations, made by EPE customers during 1997 town hall meetings, to look at the development of renewable resources. Funding for the project came from EPE’s Palo Verde performance awards.