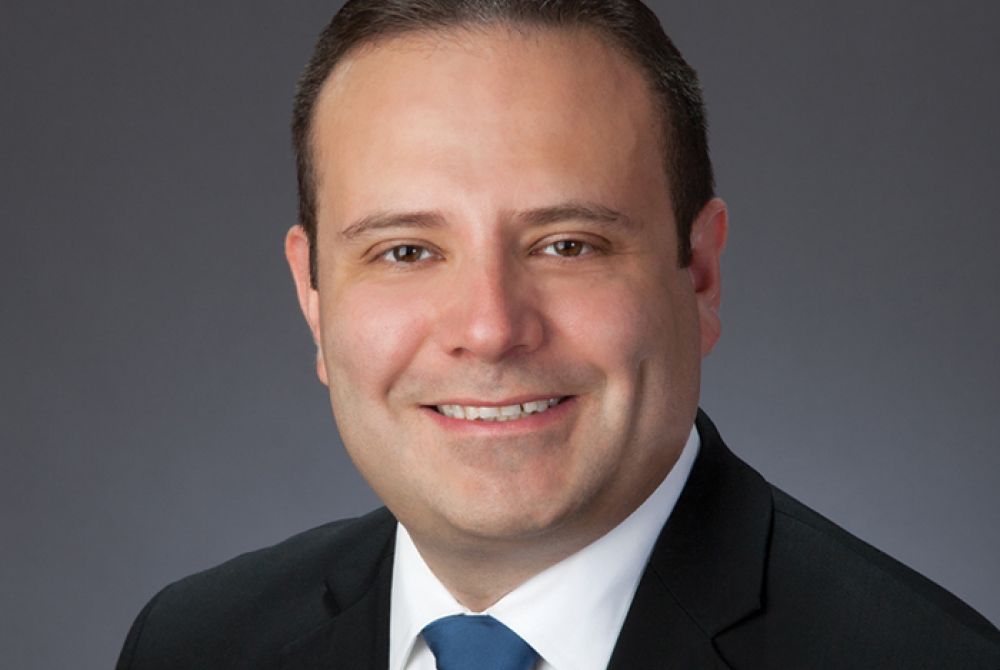 Rodriguez, a native of El Paso, joined EPE in 2013 and was appointed as an Officer of the Company and Senior Vice President, General Counsel in 2017.  In his role at El Paso Electric, Rodriguez has worked closely with other members of the executive leadership team in developing the Company’s strategy and overseeing EPE’s operations, with Rodriguez responsible for EPE’s Legal, Governance, External Affairs and Regulatory and Rates departments.

“Adrian has a strong record of leadership and accomplishment at El Paso Electric,” Charles Yamarone, Chairperson of the El Paso Electric Board, shared.  “Adrian has consistently prioritized community service in his home town of El Paso, and his knowledge of our operations and our culture make him a natural choice to take on this responsibility.  The Board has the utmost confidence that Adrian and the leadership team, alongside the dedicated EPE employees across the organization, will successfully guide the Company as it continues to deliver exceptional service to the region.”

“In my role as the interim CEO I look forward to working with the rest of the senior management team, our strong union and all employees while keeping EPE focused on our vision for delivering safe, clean, affordable and reliable energy to our community,” shared Rodriguez. “I also want to thank Mary for setting the path towards a cleaner energy future and for her years of dedicated work to our community.”

“El Paso Electric’s commitments to our customers and our region, the place I have called home since I was a child, will continue after my departure. I am fully confident in the leadership of our management team and Adrian,” shares Kipp. “Realizing this is an important time for El Paso Electric, I have weighed the choice to depart very carefully as I considered, at length, the long-term plans for me and my family. My decision to move to Puget Sound Energy will allow my son to be closer to family which is very important to both of us.”

Kipp has been with EPE since 2007 and was named president in September 2014, appointed CEO in December 2015, and President & CEO in May 2017.The Company’s biggest accomplishments under Kipp’s leadership have included the expansion of renewable energy and sustainability initiatives in our region in response to evolving customer demands.

“As the Company’s CEO, Mary has worked tirelessly to make the community proud of El Paso Electric’s accomplishments and contributions to the region,” added Yamarone. “In addition to maintaining EPE’s status as an industry leader and major economic driver for the local economy, the Company achieved numerous milestones under Mary’s leadership, most notably becoming coal free in 2016. On behalf of the entire Board, I want to thank Mary for her years of service and dedication, as well as for her help with this transition.”

Adrian J. Rodriguez, a native El Pasoan, has been with El Paso Electric since 2013. Rodriguez graduated from Eastwood High School and received his Bachelor of Arts with highest honors in Economics and Government from The University of Texas at Austin where he was a State of Texas recipient of the 1999 Truman Scholarship, a Master in Public Policy from Harvard University where he was the editor-in-chief of the Harvard Journal of Hispanic Policy, and a Juris Doctorate from Columbia University School of Law where he was a managing editor of the Columbia Law Review.

Before joining El Paso Electric, Rodriguez was an attorney in the Dallas office of international law firm Vinson & Elkins LLP, where he practiced in the energy regulation practice group and complex commercial litigation practice group.  Rodriguez also served as a law clerk to the United States District Court for the Western District of Texas in San Antonio.  Prior to his legal career, Rodriguez provided policy analysis, political research and legislative research for state legislative offices, issue advocacy and political campaigns, and a Washington DC-based communications firm.