On November 22, 2019, El Paso Electric Company (EPE or Company) filed an application with the Public Utility Commission of Texas (Commission) requesting Certificate of Convenience and Necessity (CCN) authorization for a new natural gas-fired power generating unit to be located at an existing plant site in the City of El Paso, Texas. This new generating facility is known as Newman Unit 6 (or Project).  The docket number and style of the application are: PUC Docket No. 50277, “Application of El Paso Electric Company to Amend Its Certificate of Convenience and Necessity for One Additional Generating Unit at the Newman Generating Station.”  EPE is not seeking to change its rates in this proceeding.

In order to meet customer demand, to satisfy its reliability standards, and to replace older generation units that EPE plans to retire, EPE has determined that it needs additional long-term energy supply resources.  Consequently, in June 2017 EPE issued a competitive Request for Proposals (RFP) for approximately 370 megawatts (MW) of long-term power resources in the 2022-2023 timeframe.  EPE received proposals from 36 firms. Based on an evaluation of the bids EPE received using economic and other criteria, along with the oversight of an independent evaluator, EPE selected a total of four proposals.  One of these selected proposals, and the one for which EPE now seeks CCN authorization, is for EPE to build Newman Unit 6 at EPE’s existing Newman Generating Station. The precise location of the Newman Generating Station is 4900 Stan Roberts S. Avenue, El Paso, Texas 79934, which is located between Martin Luther King, Jr. Boulevard. and McCombs Street, and approximately four-tenths of one mile east of Martin Luther King, Jr. Boulevard.

Newman Unit 6 will be built in simple‑cycle configuration. The Project will be a natural gas-fired combustion turbine, Mitsubishi Hitachi Power Systems Americas G-Series Air-Cooled.  The nameplate rating of the Project is approximately 228 MW based on the Newman Generating Station location and elevation and EPE’s summer peak conditions.  The output of the Project will be delivered directly to the EPE transmission system.

EPE requests that its CCN be amended to include the new generating unit described in this filing.  EPE is also filing a request for CCN approval in New Mexico from the New Mexico Public Regulation Commission.

The deadline for intervention in this proceeding is January 6, 2020, and a letter requesting intervention should be received by the Commission by that date.  A request to intervene or for further information should be mailed to the Public Utility Commission of Texas, P.O. Box 13326, Austin, Texas 78711-3326.  Further information may also be obtained by calling the Public Utility Commission at (512) 936-7120 or (888) 782-8477.  Hearing-and speech-impaired individuals with text telephones ("TTY") may contact the Commission at (512) 936-7136 or use Relay Texas (toll-free) 1-800-735-2989.  A copy of EPE's petition may be viewed on the Commission's webpage at www.puc.state.tx.us.  The Commission maintains an electronic copy of all filings on the "filings - interchange" section of its webpage. The control number for this proceeding on the Commission's webpage is 50277.

Persons with questions, who want more information on this petition, or who want to obtain a copy of a map that depicts the facilities may also contact EPE at 100 N. Stanton, El Paso, Texas 79901, or call 1-800-351-1621, a toll-free number, during normal business hours.  When prompted, press the number 0 to speak to an operator and request information concerning the CCN.  A map depicting the location of the facilities may be reviewed at EPE’s offices at 100 N. Stanton, El Paso, Texas 79901. 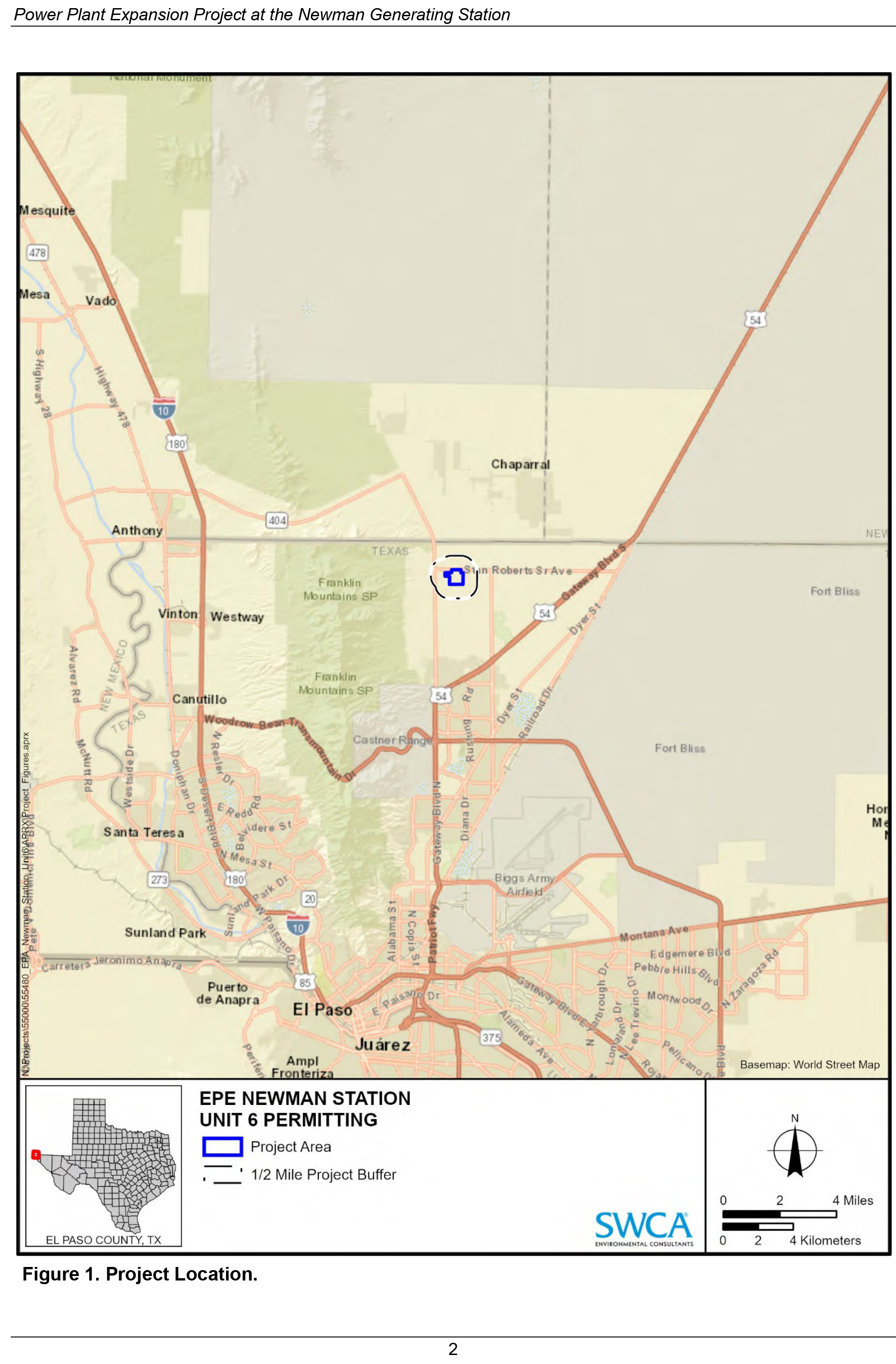