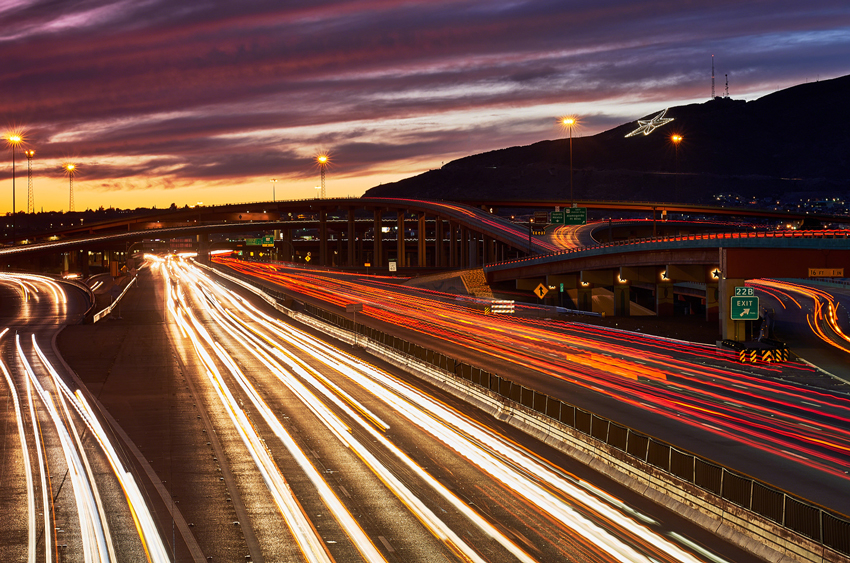 The first star was built by El Paso Electric in 1940. It was only 50 feet wide and could barely be seen on the Carlsbad Highway. The star did not last long either, a storm blew out most of the bulbs on the first experimental star.

Improvements were made in 1946. The length was increased to 459 feet, the width reduced to 278 feet and 459 (150 W) lights were used. Today the star still has those same dimensions. The poles, which vary in height from 12 to 15 feet, start at the mountain top and run down to a point about 300 feet above Scenic Drive. The star sits at an angle of 30 degrees and appears perfectly when viewed from the focal point at the intersection of Texas and Alameda Avenues.

The poles are steel and are embedded in concrete. They are treated so they don’t rust.

There are approximately 30 streamers that are hooked onto guy wire cables forming the star and are pulled into position. Some of the lights are separated by three feet and some by four feet, depending on whether their positions are in a vertical or horizontal line.

A popular misconception is that the star was not lit in some years in the 1970s, in recognition of the Energy Crisis. Although El Paso Electric did reduce the schedule for the lighting of the star, the star remained on every year during that time.

Another change in the lighting schedule came in 1979 when the star remained lit for 444 days in recognition of the American hostages who were being held in Iran, which began during the Christmas season in 1979 until Jan. 21, 1981, when the hostages were released.

On December 2000, the maintenance and upkeep of the star was officially turned over to the Greater El Paso Chamber of Commerce. The Chamber currently coordinates a sponsorship program for the lighting of the star. For a donation, Star Lighters receive a certificate and a lapel pin commemorating the occasion. To have the star lit in honor or in memory of someone, call the El Paso Chamber of Commerce at (915) 534-0500. Please allow at least one-week advance notice.